The An Ambrosia Apple A Day Photo Contest (the “Contest”) allows entrants the opportunity to compete for a chance to win by submitting an original photo of Ambrosia apples. By entering the Contest, each entrant agrees to abide by these Contest rules and regulations (the “Rules”) and the decisions of the Contest Sponsor, and to comply with all applicable laws. The Rules may be updated or revised from time to time without notice to entrants and will be available at www.AmbrosiaApplesContest.com.

The New Varieties Development Council (“NVDC” or the “Sponsor”) is the Sponsor of the Contest. The NVDC is based in Summerland, British Columbia and is responsible for the marketing and promotion of Ambrosia apples.

The Contest is open to any entrant who:

The Sponsor shall have the right at any time to require proof of identity and/or eligibility to participate in the Contest.  Failure to provide such proof may result in disqualification.

The Sponsor may at any time, and in its sole discretion, disqualify any entrant who:

Entrants will submit an original photo featuring Ambrosia apples (the “Photo”) to the Contest website. The Photo must be an original of the entrant and, for greater certainty, must not be copied from or based on copyrighted or other works of third parties.

No purchase or entry fees are required to enter the Contest or to be awarded a prize.

Only one (1) entry per person, per day will be accepted during the Contest Period.  Incomplete entries will not be considered.  Repeat entries of the same Photo will only be considered once.

Entrants who meet the eligibility criteria must go to www.AmbrosiaApples.com/Canada and submit their entries online.  Instructions will be provided on the Contest entry form regarding uploading the Photo.

Entrants must complete the Contest entry form in full, including all required contact information. Entrants are solely responsible for ensuring that all information submitted is accurate, truthful, complete, and in no way misleading. Each Contest entry form that complies with, and is submitted in accordance with, these Rules will be eligible for entry in the Contest.

The Sponsor will not be responsible for any lost, delayed, misdirected, illegible, incomplete, damaged or undeliverable entries, or any delay or failure to transmit, process, receive or consider entries.

Entries made using multiple addresses or e-mail addresses, multiple names or identities, or through the use of any device or artifice, such as any automated, script, macro or robotic program(s), to enter in excess of the permitted number of entries during the Contest Period are automatically void. In the event of a dispute, submissions shall be deemed to be submitted by the authorized account holder of the e-mail address associated with the entry. The authorized account holder is deemed to be the natural person who is assigned to the e-mail address by an Internet access provider, online service provider or other organization that is responsible for assigning e-mail addresses or the domain associated with the submitted e-mail address.

One GRAND PRIZE winner will be announced.

A panel of three (3) judges (the “Judges”) appointed by the Sponsor will judge all eligible entries. The Judges will select the Grand Prize described below.

The judging will take place after the Contest Period, on or about the week of March 15, 2019.

The chances of winning the grand, second, or third prizes depend on the number and quality of entries received by the Sponsor and on the decisions of the Judges acting in their sole discretion.

The public is also encouraged to vote for their favourite photo by visiting www.AmbrosiaApplesContest.com. There is no prize awarded for the winner of the popular vote. Voting will be available from 9:00 a.m. Pacific Standard Time on Tuesday, January 8, 2019 and closes at 4:00 p.m. Pacific Standard Time on Friday, March 15, 2019. Each voter is limited to one (1) vote per photo per IP address per day.

In order to be eligible to claim the prize, a Selected Winner must:

Prizes will be awarded to each Selected Winner upon receipt of the signed and fully completed Declaration of Compliance with Rules and Assignment, Release and Indemnity Form. If the above requirements are not met, the Selected Winner will be disqualified and another winner will be selected.

If a Selected Winner cannot accept the prize as awarded for any reason, including inability to correctly answer the skill-testing question, decline of the prize, or failure to return the Declaration of Compliance with Rules and Assignment, Release and Indemnity Form as specified above, the Sponsor reserves the right, at its sole discretion, to select another eligible entrant to win the prize.

One GRAND PRIZE will be awarded of: Three nights at the Spirit Ridge Resort in Osoyoos, winery tour tasting and lunch at Nk’mip winery, $200 credit for Solterra Spa, access to the Nk’Mip Desert Cultural Centre, and $500 spending money. Total prize value: $2070 CD.

Prizes must be accepted by the Selected Winners, as described in the Rules, and cannot substituted for another prize, or exchanged in whole or in part, for cash, except as otherwise set out in the Rules. The Sponsor reserve the right to substitute any prize outlined in the Rules for a prize of at least equal or greater value in the event that the original prize is no longer available, or for any other reason. Under no circumstances will the Sponsor or the Contest Entities be required to award more prizes than those set out in the Rules or to award a prize other than in accordance with Rules.

Prizes will only be awarded to Selected Winners whose name, e-mail address, and any other required contact information appear on the online Contest entry form. Any expenses or costs associated with accepting or collecting any prize shall be the sole responsibility of the winner of that prize.

Without limiting the generality of the Rules, each Selected Winner shall irrevocably grant, transfer, convey and assign to the Sponsor the entirety of the rights in and to any UGC submitted by such Selected Winner and all renewals and extensions of copyright, and the right to secure copyright registrations thereto in perpetuity including, without limitation, the rights to use the UGC for any and all purposes in any and all media whether now known or hereafter developed, in perpetuity. Each entrant accepts and acknowledges that the Sponsor shall not be obligated to use the UGC and that the Sponsor in its sole discretion shall have the right to refrain from using the UGC. The Sponsor shall not incur any liability whatsoever to the extent the Sponsor choose to refrain from any exploitation of its rights hereunder. Furthermore, each Selected Winner agrees to indemnify the Sponsor and any licensee of the Sponsor against all claims, damages, liabilities, and expenses (including legal fees and expenses on a solicitor and own client basis) arising out of any breach of these terms.

Any attempt to deliberately damage the Contest website or interfere with the legitimate operation of the Contest may be a violation of criminal and civil laws, and the Sponsor reserves the right to seek damages and/or other relief from all responsible persons to the fullest extent permitted by law.

By participating in the Contest, each entrant further represents and warrants to the Sponsor that the entrant has obtained all permissions, licenses and rights required to lawfully participate in the Contest, and that any UGC created, entered or submitted to the Contest, including the Photo:

All entries become the sole property of the Sponsor and will not be returned. The Sponsor may at any time, and in its sole discretion, disqualify any entry that they believe may infringe on the rights of any third parties or that the it deems inappropriate, lewd or offensive in any way or which otherwise may not comply in full with the Rules.

By entering the Contest, each entrant irrevocably and exclusively waives all legal and moral rights in any UGC, including recipes and photos created by the entrant. Such waiver is made in favour of the Sponsor.

By entering the Contest and uploading any UGC, each entrant agrees that the Sponsor shall have an irrevocable, non-exclusive, perpetual, universe-wide, fully paid-up and royalty-free license to copy, excerpt, edit and repurpose all UGC, and to use, re-use, publish, re-publish, display, reproduce, modify and otherwise exploit such UGC in whole or in part, individually or in conjunction with other photographs or images, in any and all media now known or hereafter devised and for any purpose whatsoever, including, without limitation, for use in advertising, promotion and trade and on merchandise, and to use the name, likeness and photograph of each entrant in connection therewith if the Sponsor so chooses in its sole discretion without any additional compensation. Participating entrants agree that they will not be compensated for submitting any UGC. Only UGC that is submitted in accordance with the Rules will be eligible for selection.

By participating in the Contest, each entrant releases and agrees to indemnify and hold harmless the Sponsor and the Contest Entities from any and all damages, injuries, claims, causes of actions or losses of any kind (including actual legal fees and expenses) arising from or related to:

The Sponsor will not be liable to any entrant for any indirect, special, consequential, or punitive damages in connection with the Contest or the Rules.

Each entrant will provide personal information on the Contest entry form, which will be collected by the Sponsor. By participating in the Contest, each entrant consents to:

All intellectual property, including, but not limited to, trade-marks, trade names, logos, designs, promotional materials, web pages, source code, drawings, illustrations, slogans and representations are owned by the Sponsor and/or its affiliates. All rights are reserved. Unauthorized copying or use of any copyrighted material or intellectual property without the express written consent of its owner is strictly prohibited.

If for any reason the Sponsor cannot run the Contest as planned, (including as a result of tampering, unauthorized intervention, fraud, technical failures, infection by computer virus or any other cause that corrupts, impairs or affects the administration, security, fairness, integrity, or proper conduct of the Contest), the Sponsor reserves the right to cancel, modify, extend or suspend the Contest. In that event, the Sponsor may determine the winner from among the eligible entries received up to the time of the impairment, or cancellation of the Contest.

These Contest Rules constitute the complete rules and regulations associated with the Contest. The Contest is subject to applicable federal, provincial and municipal laws and regulations. The Rules are subject to change by the Sponsor without notice in order to comply with any applicable federal, provincial and municipal laws or the policy of any other entity having jurisdiction over the Contest and the Sponsor. All issues and questions concerning the construction, validity, interpretation and enforceability of the Rules or the rights and obligations as between the entrant and the Sponsor in connection with the Contest shall be governed by and construed in accordance with the laws of the province of British Columbia. If any provisions of these Official Rules are held to be invalid or unenforceable, all remaining provisions hereof will remain in full force and effect.

All disputes, claims and causes of action arising out of or connected with the Contest or the Rules will be resolved individually, without resort to any form of class action, and exclusively by a court of competent jurisdiction in the Province of British Columbia, Canada.

The Sponsor will not enter into correspondence with any entrant except with the Selected Winner(s) and at the Sponsor’ own initiative. The decisions of the Sponsor in relation to the Contest will be final and binding on all entrants. The Sponsor reserves the right to disqualify entrants and/or entries that do not comply with the Rules. The Sponsor will be the sole and final reference source in validating a prize claim. 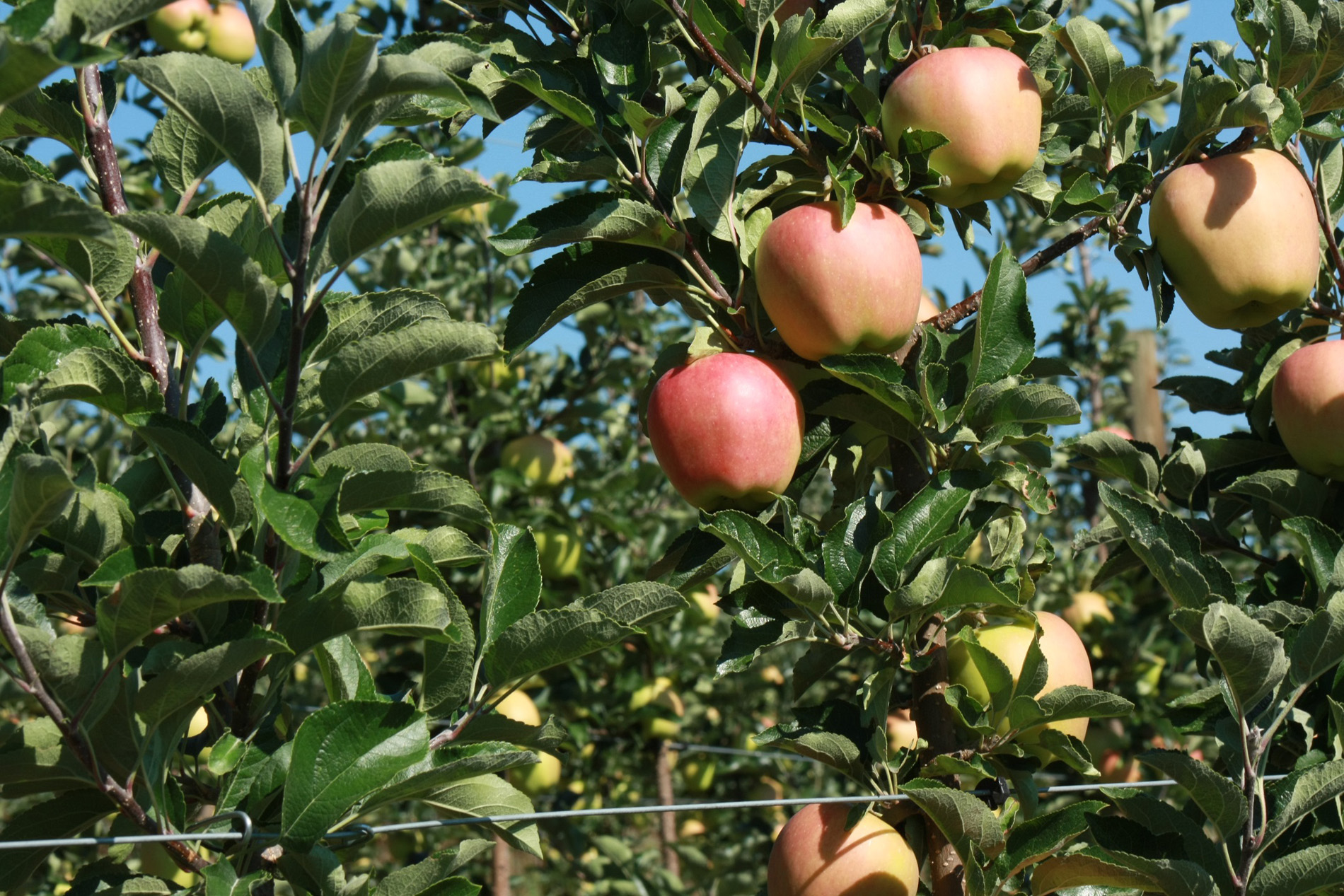 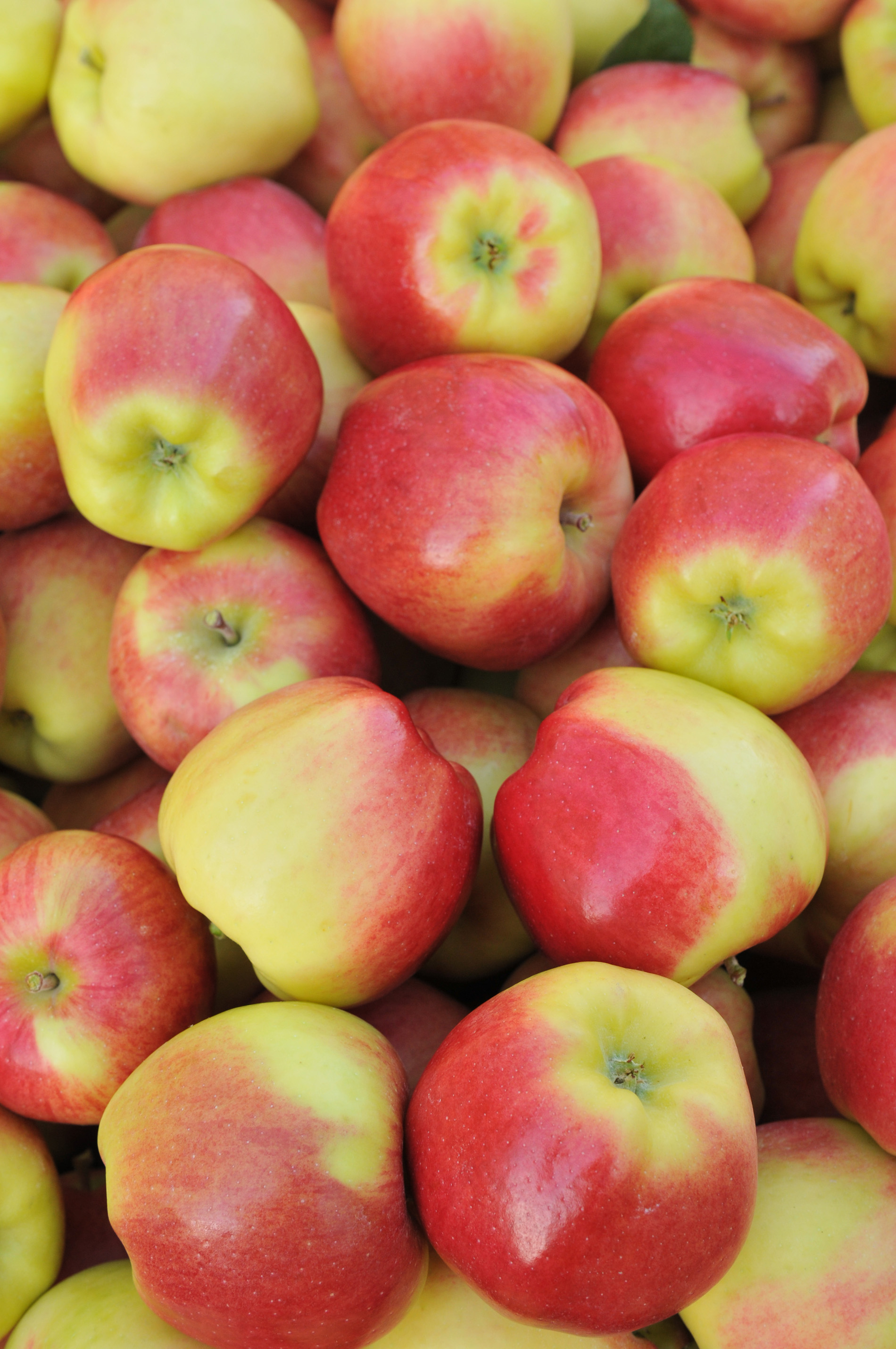 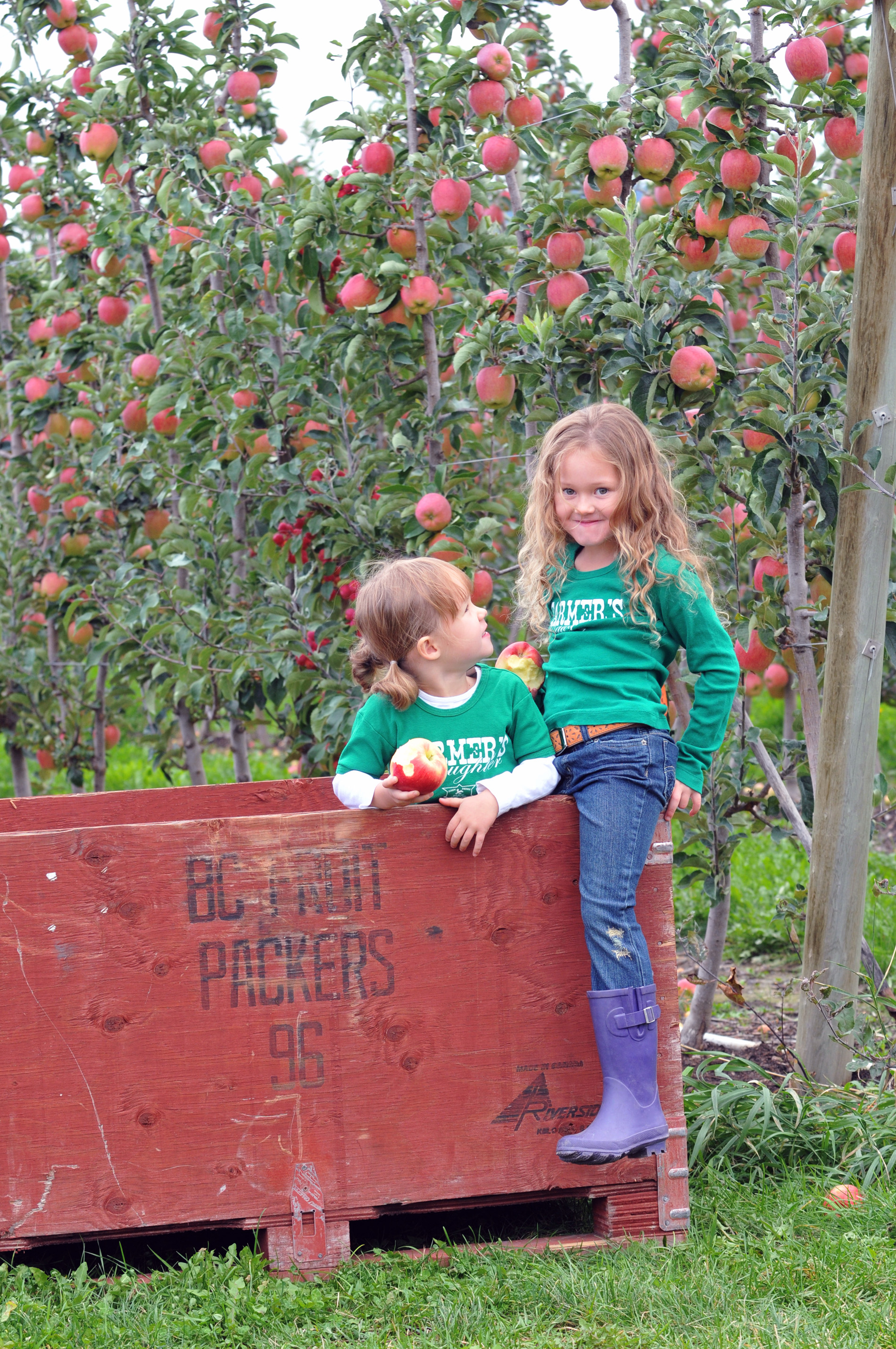 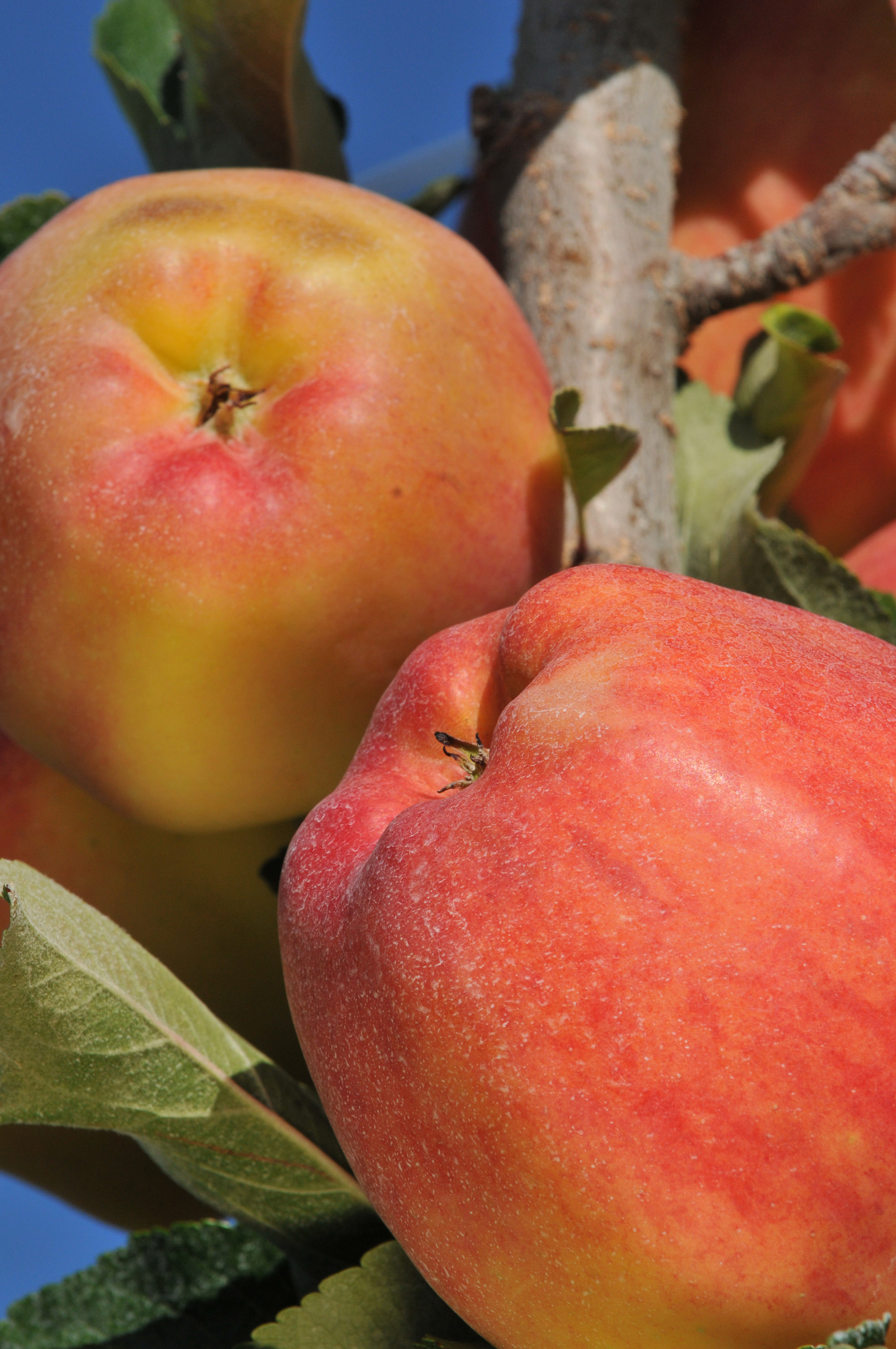 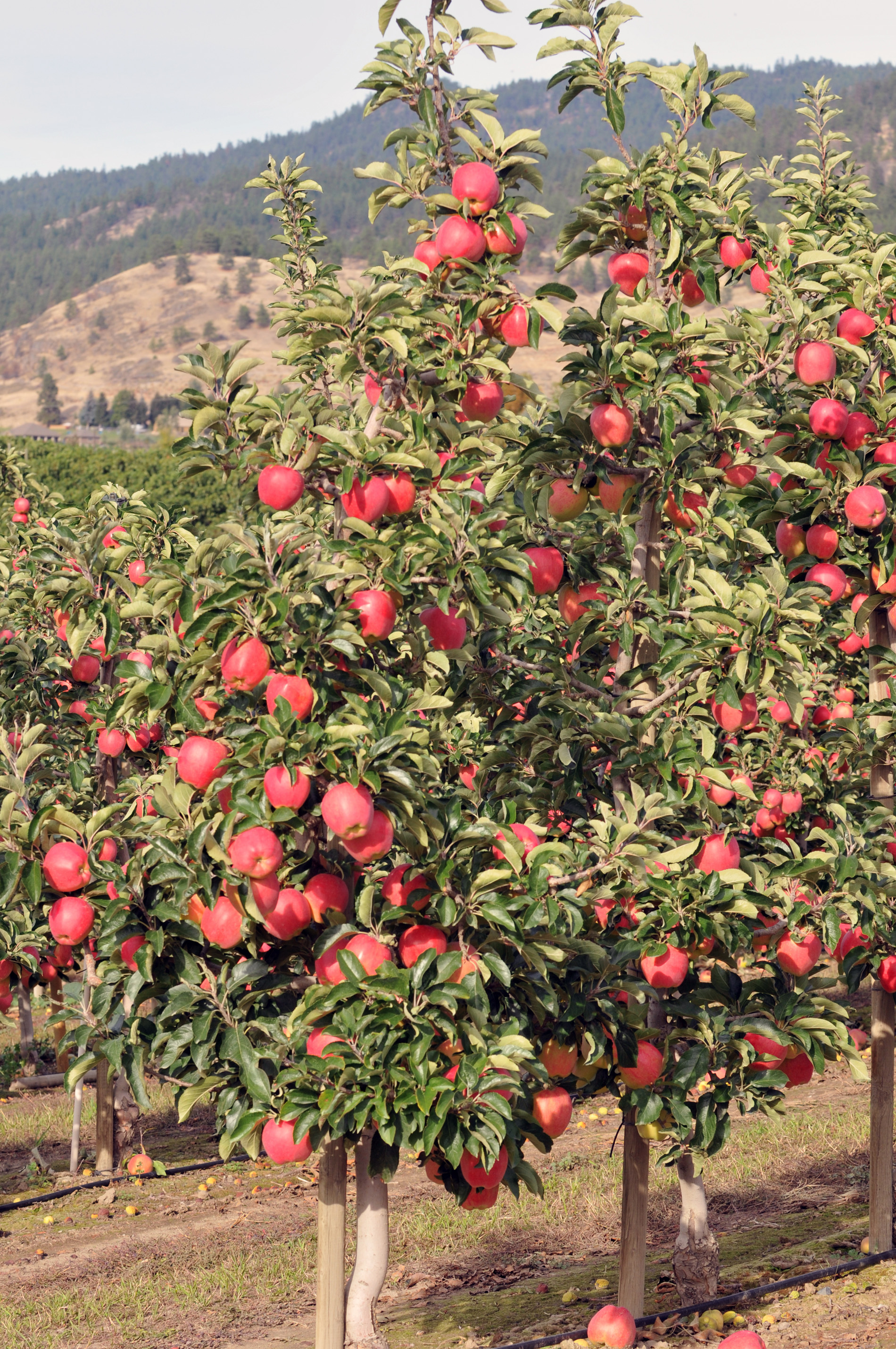